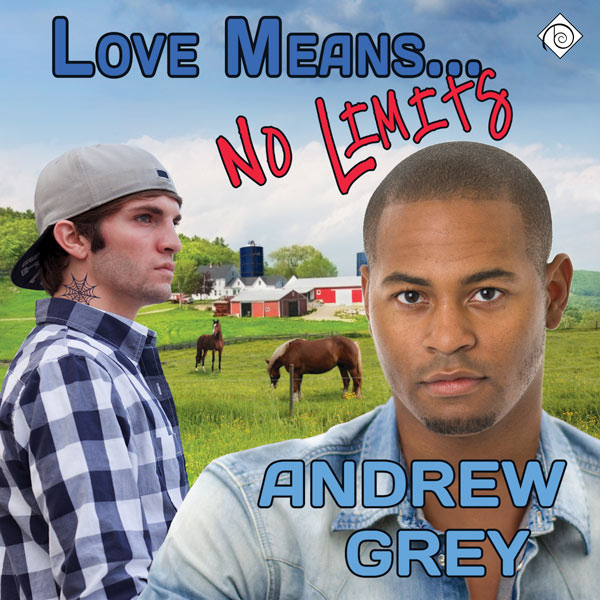 Bart van Andren, aka Spider, has been running away from life with a lot of chemical help. When he wakes up in a hospital, he discovers he’s picked up a champion. Duane must see something in Bart no one else ever has, because he finds Bart a job at Laughton Farms, where the people show Bart kindness and patience. He might even kick his drug habit with a little help from his new friends Geoff, Eli, and especially Tyrone.

Tyrone Jackson works at the farm despite the disapproval of his traditional black family, who find it suspicious that he works with gay men. Tyrone knows he’s gay, and until now, he’s kept his home and work lives separate.

Though Tyrone resists his feelings for Bart as long as he can—he’s seen enough of the drug culture to last a lifetime—he can’t deny their attraction forever. But before he and Bart reach for more than friendship, Tyrone has to face his family and Bart has to close the door on his past—a past that could put Tyrone, the farm, and everyone he’s come to care for at risk.