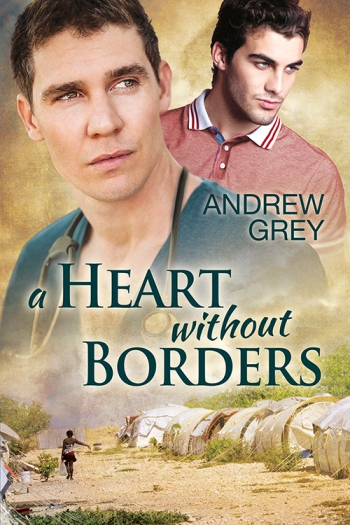 Pediatrician Wes Gordon will do just about anything to escape his grief. When opportunity knocks, he signs on to work at a hospital in a tent camp in Haiti. One night while returning to his quarters, he comes across a gang of kids attempting to set fire to an underage rentboy and intervenes, taking the injured René under his wing. At the hospital, diplomat Anthony Crowley tells Wes that the kids involved in the attack are from prominent families and trying to hold them responsible will cause a firestorm.

In spite of the official position Anthony must take, Wes’s compassion captures his attention. Anthony pursues him, and they grow closer during the stolen moments between Anthony’s assignments. Escaping earthquake destruction for glimpses of Caribbean paradise. When Wes realizes the only way to save René is to adopt him, Anthony is supportive, but time is running out: Wes must leave the country, and Anthony is called out on a dangerous secret mission. Now Wes must face adopting a boy from Haiti who has no papers without the support of the one person he’s come to rely on most and may never see again.

You really won’t know until almost the end of the book whether Anthony and Wes will be successful, whether they will end up together, whether Rene will go back to the ugly life he had before he met Wes, or… well, it’s all a crap shoot, isn’t it? Sometimes the best plans go wrong and sometimes luck intervenes and life moves in unexpected directions. Great story. That’s all I can say. Great.

In this new book Andrew Grey flexes his writing muscles and describes the “tent city” that Wes Gordon is living in. I felt like I was right there with the characters, feeling the heat, the desperation and the total devastation right along with them. There is no doubt in my mind that this book will stay with me for a long time. Don’t miss this book. You will surely regret it if you do.

The Novel Approach Read the review →