M/M Sex, Las Vegas, love and even the mafia, you’ll find it all in Jamie Lake’s new series Bad Boy. But you’ll also find other things that you normally don’t find, such as a teacher who is living a double-life as a nude massage therapist. Jamie Lake joins us today to discuss this series and how he manages to create such interesting books time after time. 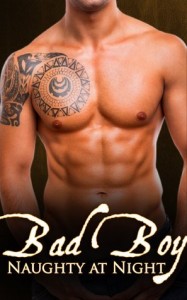 For those who aren’t familiar with the Bad Boy series, tell us about it.  Bad Boy tells the story of a teacher who needs money so bad, he’s willing to do anything to get it, even become a nude massage therapist for men at night. Along the way, he falls in love with one of his student’s single parents and has to hide his job while juggling some other things that I think your readers would be interested in.

How do you keep the sex scenes from being monotonous when you write them? It is not easy because m/m readers have read every position ever created. I work really hard with my editor to come up with things that are totally new or at least a new spin on it if I can. But who’s complaining? I love writing the scenes.

How do you keep the scenes sexy without having Peter slip into prostitution?  That also isn’t easy but technically speaking, if it’s just a massage in all the right places and no penetration, then it could be argued it’s not prostitution. There’s a very thin line though.

What’s going to happen in the sequel?  Well, first of all, when I started writing the series, I wasn’t expecting it to be a series. I thought it’d be a stand-alone book but as I wrote, I fell in love with the characters and they kept telling me, there was a lot more to of their story to tell. So in Book 2-5, you get to see Peter’s world slowly fall apart and how long he can keep his double-life a secret from his hot cop boyfriend, and what it’s like under the thumb of his mafia-esque boss, Tony.

Where can we get a copy of Bad Boy? You can get it exclusively on Amazon http://bit.ly/BADBOYNOVEL1 or email me at JamieLakeNovels@gmailcom.