Marty Pfeifer is the model who posed for the cover of Backward.  Once I had finished the manuscript, I asked Jesse and Dirk if they knew of someone who would be interested in posing for the cover of Backward.  I asked for a larger man who was older.  I didn’t want a young kid.  They told me about Marty and sent me a few pictures.  As you can see by the finished work, he’s a handsome man and was perfect to portray Harry on the cover of Backward.  Joey Flyfoto agreed to shoot the images as he did for Jesse and Dirk.  It took some different tried to get the right pose, but having Marty in front of a mirror so we could get both his back as well as his face was a concept that Joey and Marty came up with and it was so awesome.  Joey is an amazing photographer.  Check out his web site:  http://flyfotoimages.com/home-2.html

Below I’ve attached both the original image as well as the finished cover.  I think they are both amazing images. 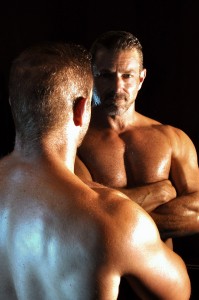 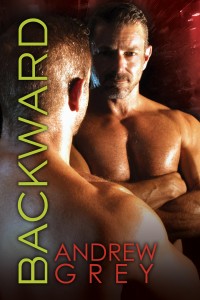 Purchase a copy of Backward:  http://www.dreamspinnerpress.com/store/product_info.php?products_id=6020

8 Responses to “Backward – The Cover”