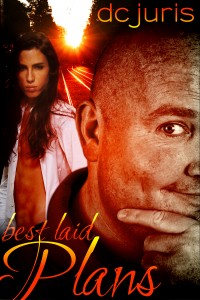 Disowned by his family for being transgender, Kale drained his bank account and set out to go as far as the money would take him. He planned to make a new life for himself. But when the money stopped, he found himself homeless, his plans pretty much screwed.

Perry set out to pay a male hooker to slake his lust. Instead he found a handsome young man who insisted he wasn’t a prostitute. A little bit of convincing, a flash of money, and one random Tuesday turned into once a week, and Perry found himself in dangerous territory. After all, the plan wasn’t to fall in love. Previously published by Breathless Press.

Find it on Goodreads | Torquere

Kale peered into the car without getting any closer. He didn’t recognize the older man behind the steering wheel, didn’t really know anyone in this town yet. “Can I help you with something?”

A fiery blush steamed up Kale’s neck. “Oh. I’m not um…” He glanced down at his clothing—red button-up shirt, jeans, boots. He wasn’t dressed like a hooker, was he? Then again, what did male hookers dress like?

“No, you don’t understand.” Kale shook his head. “I’m not um…working. I’m just…” Just what? Just a runaway disappointment.

The words hit Kale with full force. The guy didn’t care. Not about him, his story, why he was out here on the streets in the first place. Not about his past, present, or future. Not about anything beyond his mouth. Kale frowned.

“You coming or not?” the guy prompted.

“Show me the money.”

He held up a hundred dollar bill.

The guy shrugged. “Whatever.”

Kale looked up and down the street and reached for the door handle. The car, like the guy, looked clean and tidy, smelled nice. He smiled at the green, tree-shaped air freshener hanging from the rearview mirror, and tried not to think of that scene in the movie Seven where the cops found hundreds of the things hanging in the sloth victim’s apartment.