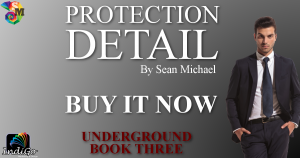 A big thank you to Andrew Grey for hosting me today!

I’ve really enjoyed writing the Underground series of books. There’s something very sexy about a blue collar man – especially if he’s also in a uniform. I think a part of it is because it’s easier for me to identify with the blue collar crowd than the millionaire or high powered executive. The later are the stuff of fantasy, whereas the blue collar boys feel much more real.

In Protection Detail, both men work as bodyguards (or as the organizer of bodyguards in Dustin’s case – he’s moved up in the company). I had thought when I began to write their story that there might be some scenes with them actually bodyguarding, but as always, the characters had their own ideas of what was going to happen and they went off merrily in the direction they wanted to. I know better than to argue with the characters when the words are flowing!

While I do love the bodyguard trope, this book of course puts the bodyguards together instead of with their clients. This is when I discovered that I enjoy writing bodyguards, period, whether or not they follow the bodyguard falls for client trope.

Strong, brave, stacked. I hope you enjoy reading my bodyguards as much as I enjoyed writing them! 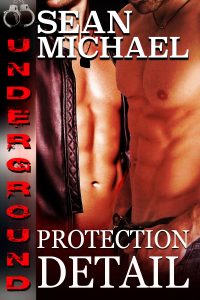 Dom Dustin Lefevre works hard and plays harder. He attends the Underground Club whenever he can and is always very much in demand by the unattached subs. After one such evening, he runs into King Tamber, the Dom who taught him everything he knows. King and Dustin parted ways after several years of King teaching Dustin how to be the best Dom he can be.

Now, King has come back into Dustin’s life with a new proposal. He wants to recreate Dustin’s club scenes with Dustin in the submissive role. Dustin doesn’t understand why King would want to do scenes with him again, but King is very persuasive and Dustin finds that he can’t resist. Now all Dustin has to do is figure out how to continue without having his heart broken.

Meanwhile, King has regretted parting ways with Dustin every day. Seeing Dustin working the subs at the club has given him an idea of how he can connect with Dustin again. He knows he screwed up with Dustin when they last parted and he can only hope that through his new plan, he can woo Dustin and ensure they both get the happy ending they deserve. 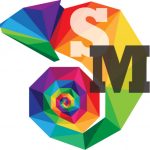 Best-selling author Sean Michael is a maple leaf–loving Canadian who spends hours hiding out in used book stores. With far more ideas than time, Sean keeps several documents open at all times. From romance to fantasy, paranormal and sci-fi, Sean is limited only by the need for sleep—and the periodic Beaver Tail.

Sean fantasizes about one day retiring on a secluded island populated entirely by horseshoe crabs after inventing a brain-to-computer dictation system. Until then, Sean will continue to write the old-fashioned way.