Thank you Andrew for allowing me this final stop on my book’s ‘Blog Stop’ tour.  I very much appreciate everyone who has made this tour possible.

Earlier I spoke of the ‘Dreaded Cliff-hanger’ so it will come as no surprise that there are further books to be written in this series to carry the story through to its final conclusion.

In the first instalment of Gift of the Blood God – Drawn, introductions are made to the world, the situation, the characters, their powers, their lives, their loves… what is to follow is a further immersion in their culture, into their way of thinking, their struggles and ambitions; and their magic.

Begin this journey, this quest to unravel the Faeling’s purpose for the inhabitants of Abod le A’nor and our two hapless sisters…

In book one of the Faelings Doom series – Gift of the Blood God: Drawn – touch upon the Ancients, the Priestess Melan’s devotion not only to her husband, Falric, but to her duty in the tending of the Great Heartstone – prison of the powerful yet cursed Prince of Faeling, Alagoth.

Meet Kane, son of Dolan, son of Moira, a man of Mavishan – the greatest ‘Dreamer’ to walk in Mavishan lands.

Join Tavis Eagle-born, a Tishan warrior ever seeking to secure his place in the world and struggling to understand the mystical powers that afflict him.

Journey with the twins Melory and Lorraine as they enter this strange and harrowing world; their capture, separation, their ultimate awakening…

Next comes ‘Interlude One’ – Gift of the Blood God: The Seduction of Rogan.  This 50,000 word small novel is a free ‘standalone’ story coming out for Christmas and the holiday season.

Meet Rogan Farsight, a reluctant adherent to the teachings of the first disciple.  Forced to give up his beloved craft – an artisan of wood – to submit to the townships incumbent priestess and become her acolyte because more than any other his gift of the Mavishan farsight is already greater.

Revisit Dana, now known as ‘The Weaver’, an accomplished woman.  She is the barer of many gifts and talents revered by the Mavishan people – not least the ability to cast illusion by the mere facility of ‘weaving’ the vision together with her mind, and her perfect memory.  Her youthful indiscretion still haunts her, her foolish mistakes leading her astray and into continued infamy in her home village.

How will they fare when the annulment of her infamous marriage draws nigh – when she is free and the possibility for their friendship can blossom into something far deeper…?

January 2016 will see the launch of book two in the Faelings Doom series – Gift of the Blood God: Dark Day.

The first leg of Melory’s and Lorraine’s journey has come to completion and the difficulties they faced along the way are thankfully over.  But is this new situation they find themselves in any better…?

Join them as they are met by the machinations of Abod el A’nors scheming leadership – Garth Panther-born, Barda and leader of Tishan, and his buinedaida, Merana; Thierry Brightstar, the Orian Marshall, and his subordinates, the Seer Regent, Dorian, and the soldier, Captain Mathias; the Cerwizan interloper Mein, and his holy man, Sebatian; and lastly, the distraught and grief-stricken Rab of Mirror Lake Village, and the devastated Council of Elders, along with the scheming apprentice healer, Reina – how now do the women fare as they are taken into the heart of Mavishan and Tishan culture?

Cover reveal for ‘Dark Day’ is due out end of December – to keep posted – visit http://sydneywhyteauthor.blogspot.co.nz/

Thanks again to everyone who has followed this blog tour, and to those great bloggers who offered their venue for me to give you all the lowdown of my fusion series. 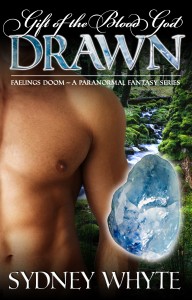 From the near new city of the civilised Oremen, to the wild untamed clans of the warrior nations of the Ancients, to the primitive quiet villages of a long lived and isolated people; their Dreamers dreamed and sensed the streams of time eddying and calling.  The Gift was coming, and all eyes turned to the rugged climes of the southlands.

Two women struggled through the new day, through vast tracts of dark and ominous wilderness.  Shocked and confused in the aftermath of what should have been a near fatal accident, twins Lorrie and Melory found themselves stumbling into a fate nothing in their previously sheltered lives had prepared them for.  Nothing was familiar and even the comfort they found in each other’s company could not keep the fear or panic at bay.

In a world imbued with strange powers and lingering passions, the past machinations of the doomed Faeling will irrevocably change forever the Neilson sisters’ future.

Thus begins the journey of the sisters’ awakening.

Please note: – this series contains swearing, sexual content and adult themes – suitable for persons over the age of 18 years

Find the book on Amazon, Barnes and Noble, iTunes, or on Goodreads. 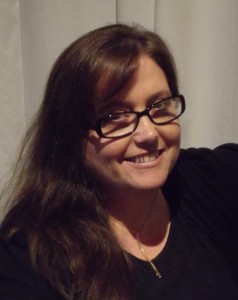 Sydney Whyte is a ground breaking new talent to arise in New Zealand erotic literature.  A vivacious reader and passionate creative writer since early childhood, she began writing paranormal and fantasy stories as early as ten years old. As a shy and reserved child, she immersed herself in writing complex, fantastical worlds full of magic, mystery and intrigue as a means of escapism. When she reached her teenage years, thoughts of love and romance entered her life with an obsession known only to the hormonal and young, her writing took a significantly saucier (although highly naive) turn. Her increasingly shy demeanour and strict upbringing allowed her few opportunities to openly explore her youthful sexuality; writing became an important means for shaping her philosophies on love, men and romance. As she set out on her own into the world she never ceased to write, but her life, prose and perspective changed drastically. Widowed at twenty-three, re married by twenty-seven, and a single mother of two before thirty five, her untainted youthful outlook on love, life and sex gave way to the exploration of the interconnectedness between beauty and pain, sensuality and shame, and love and despair, that shapes the unique human experience.