Thanks Andrew Grey, I’m happy to be here!

Learning To Want doesn’t have a straightforward publishing story, because sometimes finding the right home for a book takes a little bit of effort. When going through a press of any kind, the acquiring agent needs to see promise, the contract needs to be agreed upon, and the editor needs to share the same vision as the author. That’s a lot of things that need to go right, and they almost didn’t for Learning.

I initially wrote the story as a 15k short for an anthology call I saw at a press’s website. The call sounded interesting: bondage, scifi, some action and adventure–that’s right up my alley. A premise popped into my head almost immediately and I wrote the initial draft of Learning To Want in only a few days.

I was excited to submit the story. This was a press I’d never worked with before, and new shiny things are always exciting. I received an email within a few days: Yes, they’d love to acquire my short for the anthology.

The first hurdle was down.

Next came the contract. When I first started my publishing journey I didn’t have much contract experience. There’s a lot of legal language in a contract that doesn’t necessarily mean the same thing in conversational english, so I’ve done a lot of research with each new contract to make sure I know what I’m getting into. These are binding agreements and I don’t have a lawyer, so it’s up to me to get the facts.

And at the start of my journey, I didn’t negotiate much about my contracts. I wasn’t sure what the standard rates were at the time, nor did I really know what I wanted to do with my work in the future. Now that I’ve published a few books through presses and on my own, I have a much better grasp of my business goals.

And this contract needed some negotiation.

The press and I spent a good week exchanging emails discussing the finer details and changing or clarifying statements to avoid overly broad interpretations. I’d love to put my trust in a press, but the contract ultimately comes into play when something has gone wrong, and a press needs to protect its assets as much as an author needs to protect their IP. Our negotiation got stuck for a moment on a right of first refusal clause–which stated the next book I wrote needed to go to this press first before I could do anything else–and after some discussion the clause was narrowed to specifically mean the next book written in this world with these characters.

The second hurdle was overcome and the contract was signed.

Next came editing. I love editing. I think it’s the best part of the process. It’s why I’m an editor! And I’ve worked with a lot of different editors for different presses, they’ve all been lovely, so I was quite looking forward to this next step.

Unfortunately, the editor I was assigned, didn’t see my vision for the story or wasn’t familiar with the genre. The edits I received were intense, and changed the fundamental nature of an entire species I’d written about. I returned the vast majority of the edits with a STET remark: do not change. This was a red flag for us both.

The ultimate disagreement came down to the pronoun they as a singular. In Learning, an entire species of alien does not have a human concept of gender. They do not have gendered pronouns in their language or culture. They all go by the gender-neutral they.

This isn’t as alien a concept as you might think. They has been a recognised singular pronoun for hundreds of years. We use it all the time when referring to someone we don’t know the name of. “Someone is at the door for you.” “Oh? What do they want?”

It’s coming into more and more popular use among the non-binary community as a flexible, common preferred pronoun in place of he or she. I know several people who prefer they/them. I personally prefer the neutral title Mx. over Miss, Ma’am, or Mrs.

I stood up against changing they to he or she in my story. It’s a part of the world and I felt it was an important one. Ultimately, the press decided they didn’t want to publish the book and released me from my contract without any fuss.

All that work, and no home for Learning To Want. I was a bit disappointed, of course, but proud of my decision to take a stand for my story. If this press wasn’t the right home, I’d just have to find another one.

It wasn’t long after that Learning was acquired by NineStar Press where the gender-neutral they was welcomed with open arms. The short 15k story expanded into a bigger 30k exploration of alien culture and I couldn’t be happier with it.

Learning To Want has had an amazing journey to get here. I hope you’ll enjoy it as much as I have.

Khoram is an enforcer, a bodyguard, but his boss has just betrayed him. Now he’s stranded on a desert planet he’s never heard of, chained to the only other human around.

Atash grew up in the cracks of Dulia’s complex social structure, where dominance and submission are a man’s worth. He’s struggled for years on a lower caste but Khoram could be his ticket to a better life if they can find common ground.

Atash wants to teach Khoram the art of submitting by choice and maybe make a name for himself along the way. Khoram, however, isn’t here to play Atash’s political games. He’s going to escape, if his former employer doesn’t see him killed first.

Khoram couldn’t help testing his bonds. The metal chain between his hands and feet rattled, laughing at his attempts. The line of slaves shuffled forward one space, and Khoram was dragged along whether he wanted it or not. A lot of things were happening whether he wanted them to or not. The food he ate, the beer he drank, the clothes they took, the hands that verified he was in working condition. He flinched at the memory.

To distract himself he looked up and tried to count the days. Four behind bars on Elliot’s ship thanks to good-for-nothing Nik, six on the small space hopper, three in the holding cells while he and the Ohiri waited for another connection, two in the transport that left them here on Dulia, five—no, six now—at the auction house. Twenty-one days for Nik to cover his tracks. Almost a full cycle for the trail to go cold. Khoram grit his teeth. At the very least something different was happening.

Here, off stage, they kept the rooms mostly dim. It didn’t diminish Dulia’s oppressive heat in the slightest, but the closer Khoram was guided to the glowing roll-up door of the slave block, the more he longed for home. His fitful dreams tortured him with visions of Avois’s wet jungles and waterfalls. He hadn’t actually been home in over a decade, too busy making his fortune as an enforcer and bodyguard, but he was starting to see the error of his ways. Or at least the error of Nik’s.

Khoram licked his lips. He pressed them together, already regretting it. They’d been chapped dry for days. His wrists and ankles chafed under the iron. These were better discomforts than the lingering slick between his legs and exactly what lay on the other side of that bright doorway.

A Dulia lizardman flared the red frill around his neck as he walked the slave line, clicking orders in his native tongue and emphasizing them with a small electric prod. Khoram had tested the prod’s worth enough times to know it could knock him on his ass without much effort. He looked away from the mercenary and shuffled forward with the line.

He wasn’t exactly inconspicuous. The group he was chained to consisted largely of Ohiri natives: light-skinned, five-foot average, and generally docile. They were just as likely to stay in line without the chains and prod. Khoram stood out among them: a tall, dark, massive human furious in his captivity. Khoram was highly trained and just waiting for a chance to show it. In a fair fight, the lizardmen would fold like paper and they knew it. He’d never been unchained, left alone, or handled by fewer than four, and they were always armed with their electric prods. Always on alert.

Khoram grit his teeth. From capture to sale, he hadn’t managed a single successful bid for freedom, and he’d tried more than a few times. Now he took a breath and let his patience steady his hands, let the line of slaves tug him along. If the lizardmen couldn’t be overcome, whoever purchased him could be. Khoram wasn’t entirely familiar with Dulia’s customs, but if the easily dominated Ohiri were slaves of choice, Khoram wasn’t going to fetch much interest or profit.

The slave in front of him was unleashed from the line and yanked out the bright door. A lizardman pointed at the vacated spot, and Khoram shuffled forward to occupy it. The heat pulsed through the door in bright waves, bringing scents of sand, sweat, and a light spice that was unfamiliar. He could hear voices, now: the auctioneer yelling in rapid Duliana, the crowd barking their bids in turn, the sound of rhythmic smacking, a chorus of cheers. Another winning bid.

Then Khoram’s chains were unleashed and, flanked by two lizardmen with prods, he was led through the door. Hot metal rattled under his feet, and the blinding sun limited his view of more than the circular platform onto which he was pulled. A lizardman unhooked his wrists from his ankles, instead latching the chain to something that hoisted his arms suddenly overhead. His breath whooshed out. They tightened his ankle chains to the platform, and with a metal screech, it slowly began to rotate. They were showing him off. A tingle of awareness tripped over his skin and exposed groin—the attention of a hundred eyes.

Khoram squinted. The auctioneer espoused in Duliana for several minutes, likely explaining why the hell this bear of a human was on the block instead of a lithe Ohiri, spinning his assets to garner the crowd’s favor. Khoram knew a snake-oil salesman when he saw one, even if he didn’t share their language.

The platform turned him, and he faced the crowd. More of a species mix than he expected. Lizardmen were not the primary slave-owners if this was a decent selection. Mostly tall Frea, in fact, their black scales draped in white gossamer. They were members of Dulia’s refined upper caste, and other than video, this was the first he’d seen them. They weren’t known to ever leave Dulia, though they profited from the wider galaxy’s trade gladly. Pockets of Slone-dogs made the most noise in the crowd. They barked in their hybrid dialect, likely obscene things Khoram didn’t want translated. He curled his lip at the closest pack, and they yipped at each other. 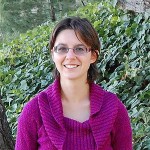 Tami can host blog tours and interviews for any artist, writer, or publishing professional. She is also available for hire as a freelance editor of complete fiction stories of any length. She loves editing fantasy, science fiction, erotica, and paranormal stories for Adults or Young Adults.