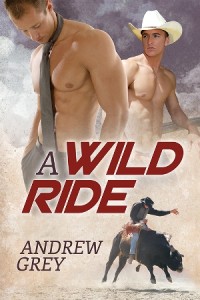 Dante stepped out onto the arena floor, the sand crunching lightly beneath his boots. A murmur went through the small crowd gathered at the rail, and a bit of the excitement that had begun to slip away returned. He eyed the crowd and saw a group of kids—looked like a scout troop or something. He walked in their direction and was greeted by young, awed faces and even a few jumps.

“Did you like it?” Dante asked, and they answered yes as he took their programs and signed each one. “Hello, sweetheart,” Dante said as he crouched carefully in front of a little girl next to the boys. She had on a little cowgirl outfit and was holding her daddy’s hand. She looked at him shyly and then up at her daddy.

“She can’t talk,” he said, and Dante smiled at the little girl, taking the program from her hand.

“Gabrielle,” her father answered. Dante usually just signed programs, but he signed Gabrielle’s to his “favorite little cowgirl” and handed it back, saying good-bye and getting a smile from the little girl before moving on.

Dante signed a number of programs and then stepped back, waving to everyone before turning to leave the arena floor. Some of the other riders were still signing, but he’d had more than enough. Just before he reached the tunnel, he saw the scoreboard, the numbers still displayed. Two one-hundredths of a point. The numbers seemed to mock him. Anger welled inside as the fatigue that had begun to take over subsided. Dante turned away and marched back toward the locker room.

“I’ve got to take off,” Harvey said outside the locker-room door. “Are you okay to drive?”

Was he? Dante took stock of his injuries. “I’m fine,” he answered. “I’ll see you soon.” Harvey nodded and then hurried away toward the exit, pulling his phone out of his pocket as he went. Dante went back into the locker room. He took off his vest with a sigh and set it aside before stripping off the chaps and the rest of the gear, packing it away before heading toward the exit.

“Tough luck about the score,” Bobby Varton said as they passed. Dante paused for a split second, trying to figure out if the sentiment was genuine or a rib. Knowing Bobby, it could go either way.

Dante shrugged lightly, hoping like hell to avoid more pain. “What can you do?”

Dante nodded before moving on. He left the arena carrying his bag and walked to his truck, parked in the designated area. The lot was largely empty, most everyone already gone. Dante unlocked the door and threw his gear behind the seat before climbing in. He started the engine and willed the air-conditioning to cool the damned sauna down. When the cold air began to blow, Dante closed the door, but he didn’t pull out. Not yet.

His leg shook with excess energy. Tired as he was, he couldn’t stop his heart from pounding. “Two hundredths of a goddamned point,” Dante yelled, pounding his fist against the steering wheel. “I was that fucking close!” His entire body thrummed with energy that wasn’t going to go away. Adrenaline still coursed through him, and it would for a long time yet. As hyped up as he was, from his jittery legs to his cock throbbing in his jeans, it wasn’t going to dissipate soon.

He threw the truck in gear and tore out of the parking lot and onto the access road before getting on the freeway and heading toward the north end of Houston. There was no way he was going to waste all this energy. What he wanted, no, needed, was a hard, down-and-dirty fuck. And he knew just where to get it.