I love romantic stories.  I better since I write them.  But there are some tropes that really speak to me.  One of them is second chance at love.  Ash and Brighton were friends since childhood and it grew to so much more.  But Ash joined the service and had one final tour of duty, but he didn’t come home.  Brighton thinks he’s dead and has been mourning his loss.  Ash isn’t dead but Ash wonders if he might as well be after what’s he’s been through.  Broken, alone, and hurting he comes home…  That’s when he makes an assumption that only adds to the pain and loss, keeping him away until family pulls him back once again and his assumptions are thrown in his face.  Brighton’s life has changed.  Neither he nor Ash are the same people they were.  Both want a life together and some peace, that they aren’t likely to get.

This story is the follow up to Can’t Live Without You and you’ll catch up on the characters you came to love.    I know I grew to love them all over again. 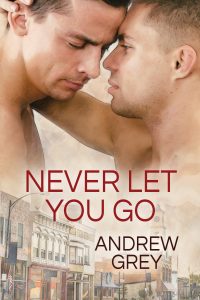 To achieve happiness, they’ll have to find the courage to be their own men.

As first mate on a charter fishing boat, Billy Ray meets a lot of people, but not one of them has made him as uncomfortable as Skippy—because he’s drawn to Skippy as surely as the moon pulls the tides, and he’s almost as powerless to resist. Billy Ray has spent his life denying who he is to avoid the wrath of his religious father, and he can’t allow anyone to see through his carefully built façade.

Skippy is only in town on business and will have to return to Boston once he’s through. After all, his father has certain expectations, and him staying in Florida is not one of them. But he doesn’t count on Billy Ray capturing his attention and touching his heart.

Billy Ray doesn’t realize just how much he and Skippy have in common, though. They’re both living to please their fathers instead of following their own dreams—a fact that becomes painfully obvious when they get to know each other and realize how much joy they’ve denied themselves. While they can’t change the past, they can begin a future together and make up for lost time—as long as they’re willing to face the consequences of charting their own course.