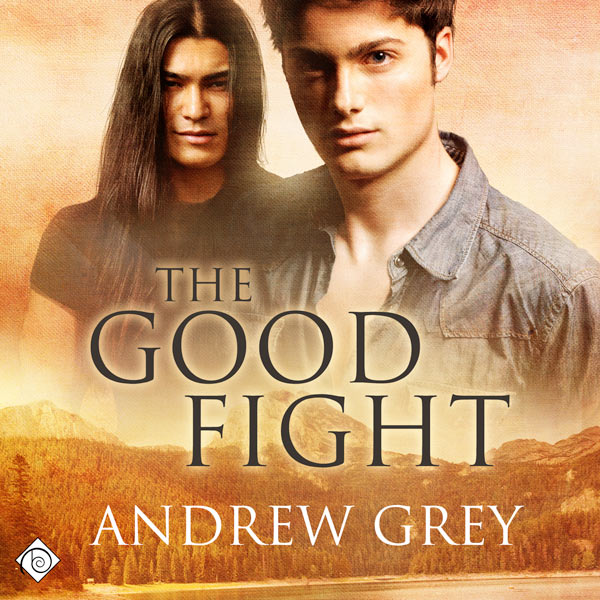 Jerry Lincoln has a problem: his Sioux Falls IT consulting business has more work than one man can handle. Luckily, that means he can hire some help. Jerry just hopes his new employee, John Black Raven, ends up being more helpful than distracting—but John’s deep eyes and long hair are very distracting.

John came to town for an education and a chance at a life he couldn’t have on the reservation, but what’s important to him now is getting a job and keeping it. Six months ago, his sister died, and now her children are in foster care. Despite having the law on his side, John can’t get custody—can’t even see his niece and nephew.

As Jerry and John grow closer, John discovers he doesn’t have to struggle alone. Jerry helps him win visitation rights and provides much-needed support. Yet their victories aren’t without setbacks. Child Services is tangled up with money, politics, and red tape, and Native American children are their bread and butter. But John and Jerry are determined to fight the good fight and to win—in more ways than one. 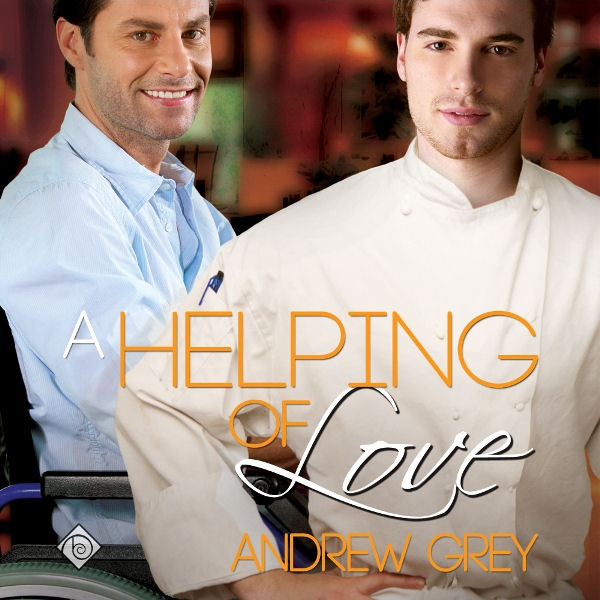 If Peter Christopoulos has learned one thing from his last three years in a wheelchair, it’s that people have a hard time seeing past the hardware. When he asks out Russ Baker after giving him a quote on equipment for a new Greek restaurant, he’s disappointed but not surprised to be turned down. Russ has been covering for his abusive boyfriend for so long it’s almost automatic, but with a little help from his friends, he finds the courage to break it off. To his surprise, Peter is still interested, and soon they’re falling hard and fast. But then their … Continued 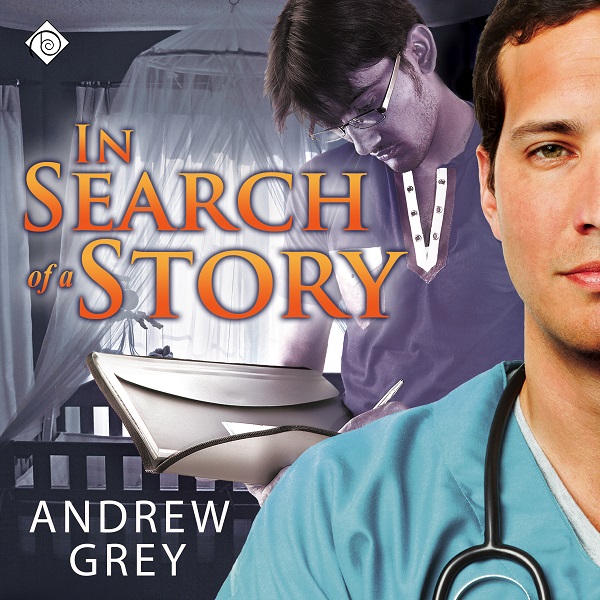 He’s searching for a story but finds so much more. Brad Torrence is next on the chopping block at the newspaper where he works. Hungry for any source he can find, he runs across an ad in the classifieds: For Sale: Nursery Items, Never Used. It’s the lead he’s been looking for. Thinking a piece about the loss of a child will give him the edge he needs to keep his job, Brad follows up. He doesn’t expect a single man to answer. Rather than being offended, Cory Wolfe finds sharing the story of his grief and pain liberating. He’s … Continued 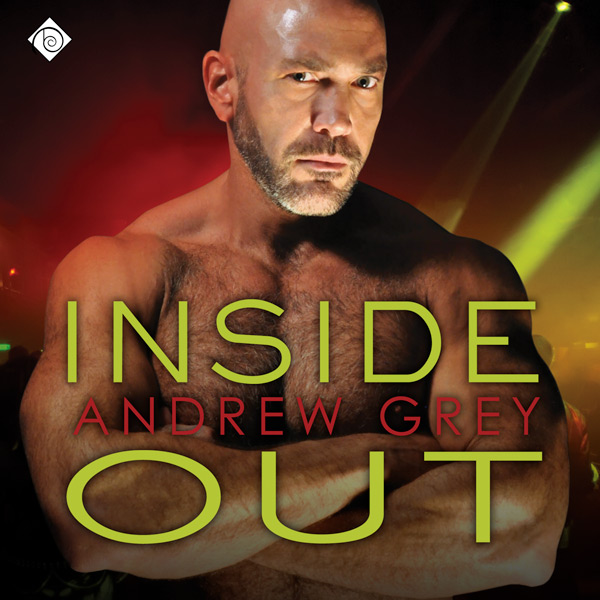 Bronco’s Boys: Book One Former mercenary Bull Krebbs now heads up security at his nightclub in Harrisburg, PA. Working the door night after night, he’s seen it all. Though tough on the outside, he’s a little hurt that people find him unapproachable. Then he pulls a cute twink out of line to perform a random search, and he’s surprised when the guy giggles and squirms. Zach Spencer, graphic artist, twink, and seriously ticklish, isn’t intimidated by Bull. He’s in awe, and when Bull saves Zach from being trampled on the dance floor, Zach finds his inspiration for the superhero in … Continued 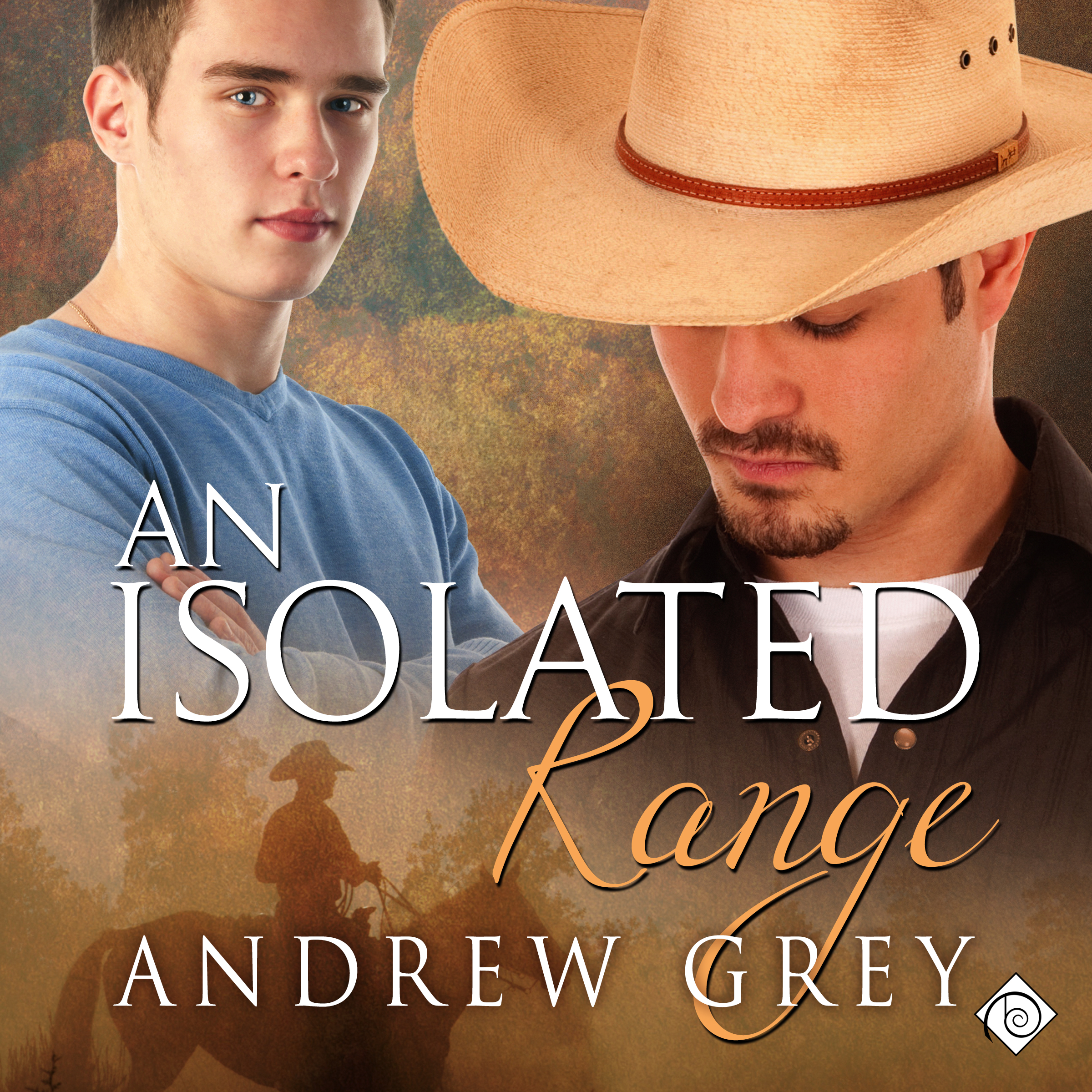 Marty Green has two loves in life: Horses and basketball. But suffering a stroke during his first college game throws a wrench in his plans. After months spent in the hospital, recuperating under the zealous care of his overprotective parents, Marty realizes he needs to be on his own, so when he’s offered a job at a ranch owned by his doctor’s good friend, he takes it.

When veterinary assistant Quinn Knepper sees Marty for the first time, his heart nearly stops. He’s smitten, and Marty appears interested though shy. There are just two problems: Quinn’s father wants him to hide his sexuality from the world, and Marty’s Wyoming Senator father is a homophobe with no idea his son is gay-which Quinn learns when the senator proposes an amendment banning gay marriage.

Dealing with two unsupportive families is a heavy burden, but Quinn vows to make it work. Unfortunately, that may mean putting his life on hold while Marty overcomes his emotional isolation-unless, of course, Marty sacrifices his happiness to his father’s political ambition and ends the relationship before it gets started. 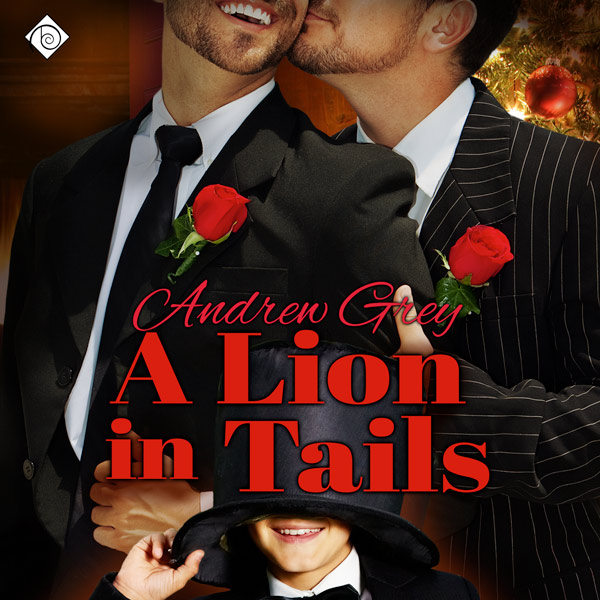 Larry Kincaid isn’t ready to be a parent, but when his sister dies in an accident, he takes his nephew, Angus, into his home. The change throws Larry’s life into limbo until he meets Joshua Langdon. To Joshua, Larry is a lion: growly and strong, but too proud to ask for help. Joshua gets past his defenses and finds a place in Larry and Angus’s family, but Larry’s pride gets in the way. Can they turn their holiday romance into a relationship that lasts into the New Year? A story from the Dreamspinner Press 2013 Advent Calendar package “Heartwarming”. 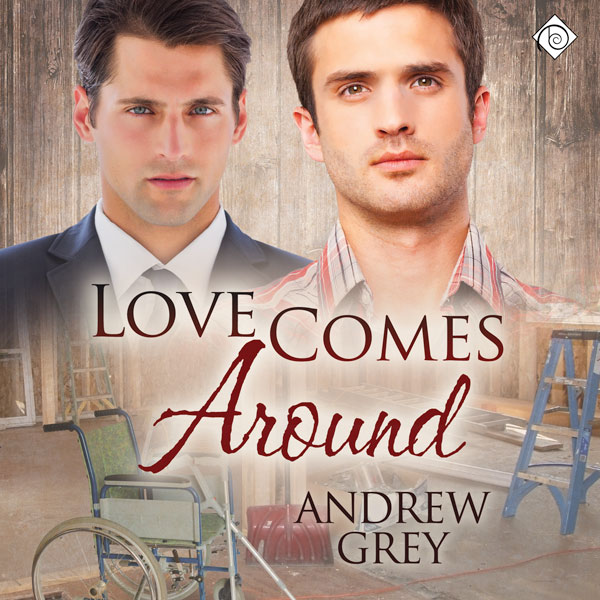 A Senses Series Story Dan was a throwaway child and learned to take care of himself in foster care. As an adult, he devotes his life to the business he started and his heart to raising children no one else wants. Dan has already adopted six-year-old Lila, who walks on crutches, and then decides to adopt eight-year-old Jerry, who suffers from MD and is confined to a wheelchair. Also abandoned as a child, Connor ended up on his own and retreated into himself. He works as a carpenter and woodcarver and is the perfect man to ensure Dan’s home becomes … Continued 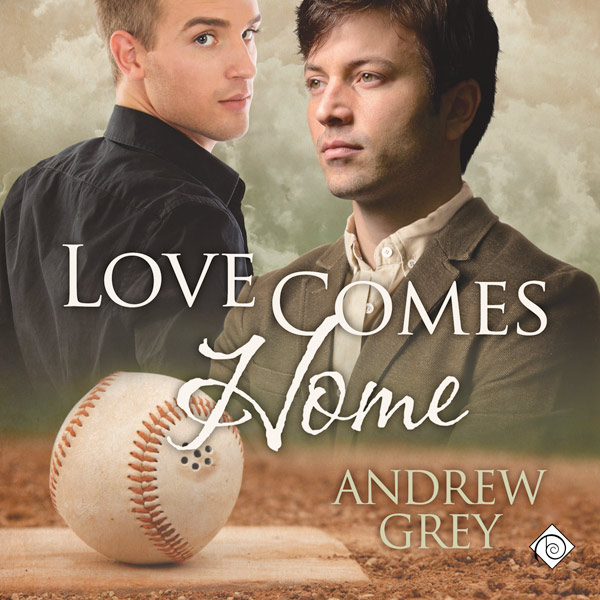 A Senses Series Story When architect Gregory Hampton’s son, Davey, starts having trouble in Little League, Greg takes him to an eye doctor. The diagnosis hits them hard. Davey’s sight is degenerating rapidly, and eventually he’ll go blind. Tom Spangler is used to getting what he wants. When Greg captures his attention, he asks Greg for a date. They have a good time until Greg gets a call from the friends watching his son, telling him Davey has fallen. Greg and Tom return to find the worst has happened—Davey can no longer see. With so much going on in his … Continued 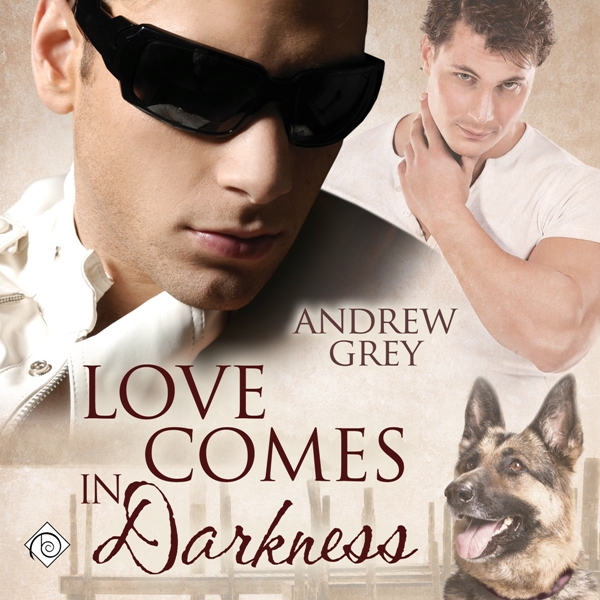 A Senses Series Story. Howard Justinian has always had to fight for his freedom. Because he was born blind, everyone is always trying to shelter him, but he’s determined to live his life on his own terms. When an argument with his boyfriend over that hard-won self-reliance leaves Howard stranded by the side of the road, assistance arrives in the form of Gordy Jarrett. Gordy is a missionary’s son, so helping others is second nature – and he does it in such an unassuming manner that Howard can’t say no. Life is barely back on track when Howard receives shocking … Continued 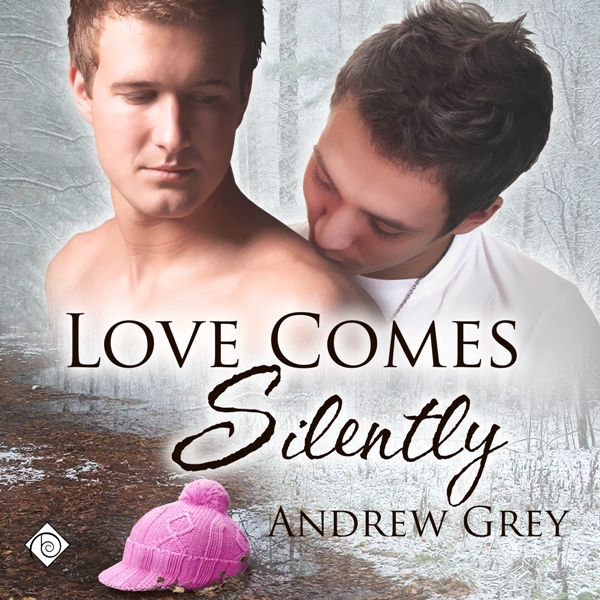 Caring for a loved one with cancer is tough. Doing it alone is overwhelming – especially when that loved one is a child. But ever since Ken Brighton’s partner left him, Ken has spent his days at the hospital with his daughter, Hanna, hoping for a miracle. Maybe the mysterious care packages that appear for Hanna don’t qualify, but they bring a spark of hope into his and Hanna’s tired life – and so does Ken’s neighbor, former singer Patrick Flaherty.

For two years Patrick hasn’t been able to focus on anything but the life he should have had. An injury robbed him of his voice, and the idea of introducing himself to new people intimidates him. But over the past months, he’s watched as his neighbor nursed his sick child, and once he meets Ken, Patrick starts to crave a life with him-a life he isn’t sure he can have.

Ken doesn’t realize he’s fallen in love until the doctors send Hanna home, saying there’s nothing more they can do: Hanna will either recover or succumb. Ken’s heart is set on a new beginning – with both Patrick and Hanna. But Patrick’s silence leaves Ken wondering what Patrick wants.