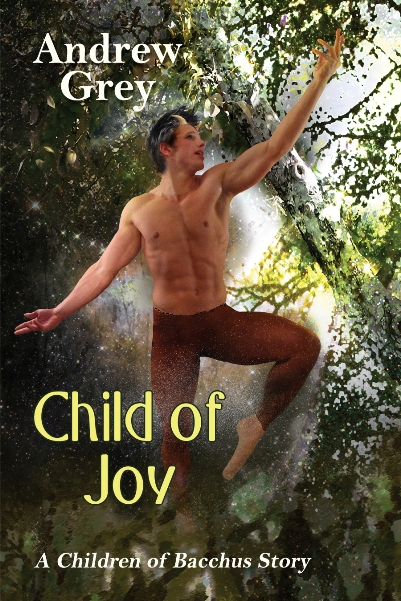 Graduating from college would be a highlight of any man’s life, but Arthur Kraus is different. He’s just reached satyr maturity, and he’s going out of his mind as he’s swamped with sexual urges. In a desperate moment, he invites his roommate to a Bacchanal and asks him to be his first. But after hearing the first-time stories at the Bacchanal, Arthur decides to wait for more than physical satiation—not knowing that someone has overheard his decision.

That someone, Gaelen, is special in his own way: he’s the last remaining Fey, a creature of the light, innocent and pure, the protector of the remaining joy the Fey bring to the world. Though attracted to Arthur, Gaelen is afraid to trust. He knows he’s being hunted for his power by a force that wants to overthrow Bacchus himself, and Gaelen will have to allow Arthur into his life if he wants to survive.