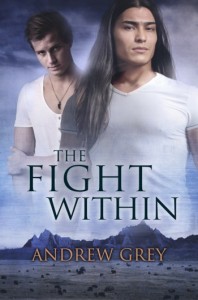 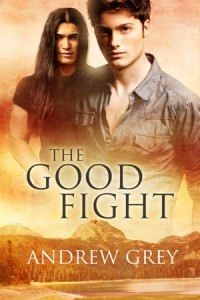 The Fight Within was just released this past week. It’s the follow up to The Good Fight. Both of these stories are very close to my heart since both of them have a basis in fact. The Good Fight is Akecheta and Jerry’s story. It deals with how native American children can be caught in the South Dakota child welfare system. This story was inspired by a true story and something similar has played out many times. The Fight Within is Paytah and Bryce’s story and it attempts to demonstrate that the povery on reservations not only means that people don’t have enough to eat or that their lives are hard, but it also tries to show that with that poverty comes other forces that turn people into victims. These stories are poverful and I love them both very much. They truly come from my heart.

The Fight Within Excerpt:

Bryce and Paytah each fight the pain within them. When Paytah’s abuser sets his sights on one of the reservation youngsters, Bryce and Payton must set their individual fights aside. Finding a way to stop the abuser unites them to fight their way forward—together.

As promised, the camping place wasn’t far from Kiya’s, and it was beautiful, with a small stream running through a shallow but lush valley. They unloaded the stuff, and the guys put up the tents. Bryce wasn’t sure what he was supposed to do, so he mainly carried things from the van in what seemed like a never-ending caravan of equipment. “That’s the last of it,” Bryce said as he set down the cooler on the grass. They had tents, chairs, a small fire pit, and not much else, but they all seemed pleased. The kids almost immediately took off their shoes and socks to wade in the shallows of the stream while John and Jerry took a moment to sit quietly. They offered Bryce a chair as well.

“This isn’t so bad, is it?” Jerry asked, and Bryce grudgingly admitted that the view and quiet were a balm that his spirit needed.

“But at the first clap of thunder or weird sound outside the tent, I’m making for the van,” Bryce quipped with a sarcastic smile.

“It’s supposed to be nice all weekend, and the bears will leave us alone if we leave them alone,” John said, and Bryce jumped to his feet, ready to head to the van.

“You said there weren’t any bears,” Bryce cried, knowing then he’d been had. “Fine, but I’m still keeping the van on reserve.”

The kids joined them, keeping their shoes off, while John built a small fire. As darkness fell, they roasted hot dogs, told stories, and simply talked. A coyote howled in the distance, and Bryce looked all around, but didn’t immediately race to the van. “It’s okay, Uncle Bryce,” Mato said. “They don’t like people and they won’t come near the fire.”

Bryce nodded and listened as the haunting call was picked up by another and then another. “The land has its own music. If you close your eyes and let go, you’ll really hear it,” John explained.

Bryce wasn’t so sure, but he closed his eyes anyway and listened. At first, he heard the coyotes, then the crackle of the fire, followed by the overlapping chirp of grasshoppers. The stream joined with its soothing gurgle, with tiny animals scurrying through the grasses. A bullfrog croaked loudly, and Bryce jumped, nearly toppling his chair, and the children added their laughter to the chorus. He closed his eyes again, leaning back in his chair and listening. The sounds, no longer scary or confusing, worked their way into his mind. As he listened, he heard a rock tumble down from a nearby bluff. No one said anything, and Bryce breathed deeply and calmly.

“It’s beautiful,” Bryce said as he felt tears well in his eyes. He made no move to wipe them away. Percy would have loved it out here, and Bryce had never been interested in camping. I’m sorry, Bryce thought, and a tiny breeze came up, caressing his cheek. The tears started in earnest as he swore he heard Percy’s voice on the wind telling him it was all right and time for him to move on. I’ll always love you, but there’s another out there who will love you too, it seemed to say. The breeze caressed his cheek once more and then it was gone.

Bryce opened his eyes and saw Jerry and John staring back at him. “You fell asleep,” John said as he poked the fire.

“So it was a dream,” Bryce whispered as he looked around. He saw the kids through the screen of the tent, already asleep. “How long?”

“About an hour,” John answered in a whisper before lifting his gaze to meet his. “What did you see?”

“I didn’t see anything, but I heard Percy on the wind,” Bryce said and then waited, but there was no wind, the air still and rapidly cooling. “He told me he’d always love me, but it was time for me to move on.” Bryce swallowed back tears. “But it was just a dream.”

John shook his head slowly. “No. You were given a blessing. The spirits allowed him to come to you and give you a message. Don’t dismiss it or think it didn’t happen.” John placed his stick on the fire, stood up, and stretched his back in varying directions. Then he sat back down again, and no one talked for a while as Bryce sank deep into his own thoughts. Maybe it was time for him to stop grieving.

Bryce stood up and walked toward the van. He pulled out his suitcase and in the darkness changed into a pair of shorts and T-shirt before making his way to the tent he was sharing with the kids. They had insisted he sleep with them, so Bryce climbed into his sleeping bag on the air mattress and closed his eyes.