When I started writing this story I didn’t know exactly what I was getting myself in for.  I asked myself what would happen if the person who quashed my high school dreams came into my life later in life and I had the power to make their dreams come true.  Would I use that power for good or for evil?  If it was in the course of my job, would I stand up and do my job, or take the weasel way out?  These were all things I got to explore with his book and I’d like to think I’m the kind of person who would do the right thing.  I really would.  But I have to say I’d be tempted… 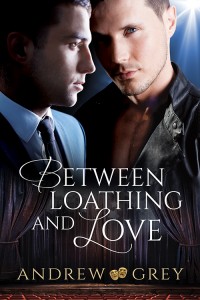 Theatrical agent Payton Gowan meets with former classmate—and prospective client—Beckett Huntington with every intention of brushing him off. Beckett not only made high school a living hell for Payton, but he was also responsible for dashing Payton’s dreams of becoming a Broadway star.

Aspiring actor Beckett Huntington arrives in New York City on a wing and a prayer, struggling to land his first gig. He knows scoring Payton Gowan as an agent would be a great way to get his foot in the door, but with their history, getting the chance is going to be a tough sell.

Against Payton’s better judgment, he agrees to give Beckett a chance, only to discover—to his amazement—that Beckett actually does have talent.

Payton signs Beckett but can’t trust him—until Payton’s best friend, Val, is attacked. When Beckett is there for him, Payton begins to see another side to his former bully. Amidst attempts by a jealous agent to sabotage Beckett’s career and tear apart their blossoming love, Payton and Beckett must learn to let go of the past if they have any chance at playing out a future together.

“Do you know who that is? The guy in the black shorts.”

Val grinned over at me. “No, but damn you got good taste.” He giggled and we both followed him with our eyes as he moved around the floor. John Travolta had nothing on this guy when it came to strutting, and I watched those glutes shift up and down with each step. Of course, as soon as he turned to where he might see me, I looked away and did my best not to stare at him. But dang he was hard not to look at: tanned skin with just a hint of olive tone to it, legs I wanted to climb to get a glimpse of where they led, and shorts that hinted, loudly, that everything on him was perfectly proportional. My mouth went kind of dry for a few seconds, and I licked my lips, nearly faltering on the damn machine. I caught myself and pulled my attention back to where it needed to be. He passed by right in front of me, and I turned to Val just as I thought he might have actually glanced in my direction. By the time I turned to see if he had, I was treated to another view of his retreating backside as he made another circuit.

“He checked you out,” Val whispered and nudged me with his elbow.

“He was probably looking to see how long I had left on the machine,” I said logically. What did I have that could catch the attention of a smoking-hot guy like that? The place was packed and every machine was in use. In fact, some people looked as though they were getting ready to pitch tents rather than give up their machines. I was getting thirsty and wished I’d remembered a water bottle, so when my time ran out, I asked Val if he’d guard my machine so I could get a drink. I stepped off, and the guy I’d been watching made a beeline across the floor and jumped on the machine before I could open my mouth.

“I’m only getting a drink of water,” I explained, but he paid no attention and started climbing.

“I need to keep my heart rate up,” he said emphatically, like it was the most important thing in the world. Then he turned toward me, and I felt myself pale and then grow hot. I instantly turned on my heel and marched away, trying my best not to punch the fucking wall as I approached it.

“What’s wrong?” Val asked as he hurried up behind me, pushing my wiping towel into my hand. “We were already done.”

“Screw that. I know that guy,” I forced between my teeth.

“High school. He’s one of the pieces of shit who made my life miserable senior year.” I tried to push away the absolute loathing I had for the man. I’d been angry at my boss, but this was deep hatred. “I thought Beckett was my friend. You know, not a close friend or anything, but we had some classes together, and unlike all the other kids, he was fairly nice.” I stepped out of the aisle to give others room.

“Get your drink and then we can do some of the machines. We need to work on more than cardio,” Val said. “The gorilla isn’t worth getting upset over.” I couldn’t help smiling at the way Val glared at Beckett on my behalf. “Some people are just rude,” he said loudly enough to make sure he could hear. Then, when Beckett turned in our direction, Val put his nose in the air, turned his back, and walked away, doing a dang good impression of a model walking a fashion runway. Half the guys in the place took notice. Val pushed the call button for the elevator, and by the time it arrived, we had to cram in along with the four other guys who’d answered Val’s “call of the wild.” Not a single one of them looked twice at me.

Val was in his element. He talked with the guys a little, soaked up their compliments, took their phone numbers when offered, and then led me out of the car and onto the floor with the weight machines. It was quieter here, and we each took a chest machine and got to work.