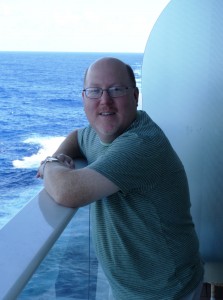 A few days after our first date, Dominic called to invite me to his apartment for a dinner party.  He wanted to reciprocate to the people who had had us over.  (The matchmakers)  I thought it wonderful.  I was asked to arrive early which I thought was sweet and we talked while he continued cooking.  The table was set beautifully for four in his small dining room.  And he nervously made sure everything was perfect.

The other guests arrived and Dominic indicated that dinner was ready.  As soon as we sat down I knew I was in trouble.  The menu was a tray of amazing cheeses served with home made focaccia.  I ate quite a bit of the bread and nibbled at a single piece of cheese.  (I didn’t want a repeat of the last time)   The mean course was a tureen.  He brought it out with great flourish and began to serve.  I took a small piece and as soon as I took the first bite, I realized what it was.  Liver.  He also had some wonderful vegetables.  I ate the liver somehow and had some vegetables with more bread, politely declining seconds.  (Who serves liver at a dinner party with a date?  Dominic that’s who?)

At the time Dominic was still working as a pastry chef, so dessert was going to be amazing. It was.  He served a crepe filled with custard cream, raspberries and bananas, topped with fresh whipped cream.  The dessert was gorgeous and I ate a little of it… along with more bread.  Being lactose intolerant really sucks sometimes.

To this day Dominic and I laugh about that dinner.  Once I did tell him I couldn’t have milk, which was shortly after that, poor Dominic was appalled and embarrassed.  Which of course he had no reason to be, but he loves people to love his food.  I also explained that I don’t eat liver at all and hate bananas.  Whenever Dominic tells this story he always says what a great meal he made and I always remind him that liver is not a good menu choice for a dinner party.  I like to think we’re both right.  The meal was wonderful even if I didn’t eat much. The food was all made with care and what would grow to love between us. That’s what mattered.

There are some lessons that we learned.  Whenever Dominic has anyone over for dinner he always asks if there is anything they can’t or don’t eat.  And LIVER is NEVER a good menu choice for a dinner party.