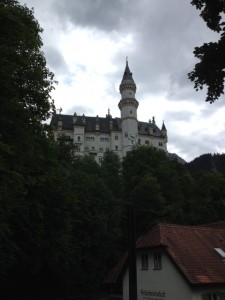 I have been traveling for most of the week.  On Monday I was in Philadelphia staying with friends.  Tuesday I caught my flight to Munich and landed on Wednesday and spent much of the day and night dealing with jet lag.  Thursday I had arranged a tour of the castles Linderhoff and Neuschwanstein.  They were beautiful.  I have seen both of them before, but it was even better this time. The tickets were timed so there was no waiting in tons of lines.  I was with Elizabeth and Lynn from Dreamspinner. 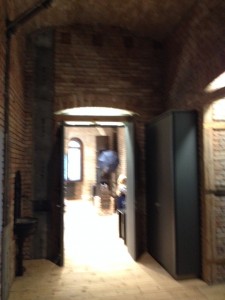 There are some things you have to know.  The walk to Neuschwanstein is half and hour and its up hill then entire way.  Lynn has knee problems, but she was FIERCE!!!!!!  She made it all the way up.  Lynn rocks!!!!

We had our tour and then of course hit the gift shops, one of which was new.  Large portions of the castle is unfinished and the gift shop is on that portion.  The cool thing is that they left the walls unfinished, so you can see what that art looks like.  19th century construction at its best.  Today I met up with KC Wells and we are going in to Munich to poke around.