Heat Under Fire just released in audiobook.  This is the fourth story in the By Fire series.  Its firemen and police officers.  What can be better?  Happy listening.  This was the story that really inspired what became the Carlisle Cops series. 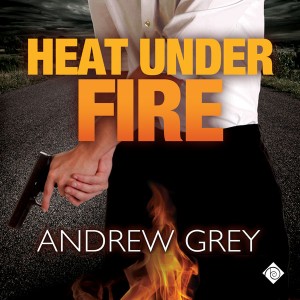 Though Rock and Justin share a steamy kiss, Justin keeps his distance, still tongue-tied. Then, when Justin is injured on the job, Rock takes him to the hospital, and some of the barriers start to crumble. But getting his enigmatic boyfriend to open up brings up more questions about Justin’s past.