Five things you might not know about Drawn Together:

My editor called it a romp. What happens when Rory travels halfway across the country to meet the girl of his dreams? Certainly not what he expected…

Rory’s just be a simple southern boy from St. Antoine’s Parish, Louisiana, but he knows what he wants — the girl of his dreams, reclusive and mysterious artist Ran Yamane. He’s loved her since junior high school, and now he has the chance to meet her. He chucks everything and travels 1,500 miles to Anime Expo in Long Beach just so he can tell her. He’s determined that nothing and nobody are going to stand in his way.

Turns out, Ran Yamane isn’t a girl, but he gets that a lot. People come to him with teddy bears and chocolates and disappointment by the truckload. He’s trusted fans in the past and paid the price. So when he meets Rory he is understandably wary, but resigned. He isn’t prepared for his magnetic attraction to the young man, Rory’s apparent willingness to overlook his gender, and the chaos that ensues when his number one fan (and psycho stalker) shows up to get revenge. 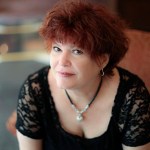 Z.A. Maxfield started writing in 2007 on a dare from her children and never looked back. Pathologically disorganized, and perennially optimistic, she writes as much as she can, reads as much as she dares, and enjoys her time with family and friends. Three things reverberate throughout all her stories: Unconditional love, redemption, and the belief that miracles happen when we least expect them.

If anyone asks her how a wife and mother of four can find time for a writing career, she’ll answer, “It’s amazing what you can accomplish if you give up housework.”