Thanks so much, Andrew, for allowing me to come on your blog to talk about After Christmas Eve. To celebrate the release by MLR Press of my second novel, I’m giving away 10 copies (ebooks) through an 11-stop blog hop. To enter, comment before midnight, October 25, 2013 on any of my posts (this is stop #5) on the eleven participating blogs. Be sure to include an email address.

Publishing two books makes me an author for real. I keep pinching myself to make sure I’m awake. For the first fifty years of my life, writing fiction wasn’t in my dreams. To be totally honest, until I met the Robot Unicorns, I never even considered the possibility. Authors were like movie stars, professional athletes, and rock stars—ethereal creatures blessed with a sublime talent. Aspiring to something so lofty was a fool’s dream.

My life goal was a steady paycheck and benefits. A series of miraculous events landed me in academia—a career I’ve loved for nearly thirty years. The success that followed surprised no one more than me. Hard work pays off, and working hard is easy when you love what you do.

Just for fun, I started a blog in 2008. Two years later, I wrote a series of posts about wild happenings during my early twenties. Followers loved the series and encouraged me to write a book. I wrote a still unpublished all-tell, tell-all memoir. A Google search in 2011 for help finding a publisher led me to the Athens Writers Workshop.

Robot Unicorns, members of the Athens Writers Workshop, come from different backgrounds and write in different genres. Together, they provide professional-level feedback on every aspect of works submitted to them for critique. Without their constructive criticism, I’m one hundred percent certain I never would have been published. I’m forever in their debt.

Philip Potter plays an important supporting role in my first novel, Until Thanksgiving. Readers loved him. Me too, so much so, I made him the main character in After Christmas Eve, a prequel, set in 1966.

As Philip Potter wraps up his last minute shopping on Christmas Eve, 1966, James Walker, his lover of six years, takes his life. Unaware of what waits for him at home, Philip drops off gifts to the homeless shelter, an act of generosity that later makes him a suspect in the murder of a male prostitute.

Two men drive yellow Continentals. One is a killer, with the blood of at least six hustlers on his hands. Both men have secrets. And as Philip is about to discover, James had kept secrets, too. But James wasn’t trying to frame him for murder… 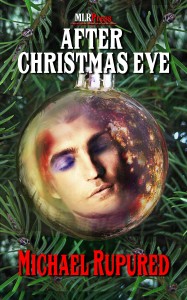 *This is the fifth of eleven stops on the After Christmas Eve Blog Hop. Excerpts appear in serial form along the hop, beginning with my post at http://www.shiraanthony.com/?p=3217.

The walk from James Walker’s childhood home to the G Street apartment he shared with Philip Potter passed in a blur. He didn’t notice the snow, the package-laden pedestrians, the blaring horns from the traffic, or the Christmas music that escaped through the doors of the shops he passed. Tears stung his eyes as his father’s words echoed through his head.

“Like living with that man hasn’t shamed our family enough, now you want to prance across the stage in front of God and everyone in a friggin’ tutu? We have friends here, you know. When are you going to grow out of this faggot phase and start acting like a man?”

Explaining to Roland Walker that his attraction to men wasn’t just a phase made things worse, pushing his father beyond irritated and annoyed to rage.

“So I’m stuck with a faggot for a son? This is not the life I wanted for you. After everything I’ve done…and what about your mother? We wanted you to see that life is hard when you swim against the current. But you whored around with a bunch of perverts and didn’t learn a damn thing.”

The arguments James offered fell on deaf ears. The man who’d given him life had no interest in meeting Philip or hearing about how wonderful he was. His father’s only concern was a desire for James to follow in his footsteps. Bitter tears of frustration and grief had streamed down James’s cheeks, fueling Roland’s ire like gasoline on a fire.

“If you can’t change, then stop embarrassing me and leave Washington. Move to California with the rest of the pinko commie fags. Hell, I don’t care where you go, just go. You’re dead to me. As far as I’m concerned, you never even existed.”

James recalled the hatred in his father’s eyes, recalled every reason Roland gave for hating his sissified son. With each new revelation of loathing and contempt, a little more of James had died inside. Philip was right. He shouldn’t have come.

By the time Roland ran out of steam, James struggled to breathe. He should have known nothing had changed. His father hated him, more now than ever.

Awareness had cut him like a knife. He’d sat for a moment, his father glaring at him across the wide desk that separated them, hating himself for being dumb enough to think Roland would help the son he’d always despised. Then James had walked out, deaf to the final barbs his father hurled at his back.