I can’t try to tell you the number of times that I have gotten requests for stories with older, more mature characters.  Many romances contain stories of young guys trying to find their way in the world.  That is a very valid subject because  learning who you are and accepting that you’re different is part of being gay.  But sometimes its nice to break form that and take a journey with someone that life has put through its wash machine and is just trying to figure a way forward.   In this case we have a successful man who desperately needs a change, whose life isn’t going the way he thought it would.  He needs a change and what Thomas finds is so much more than he ever expected.  But what he learns is that he’s going to have to change an adapt if he’s going to be able to have what his heart desires.  He may be a bit of an old dog, but he’s definitely going to learn some new tricks. 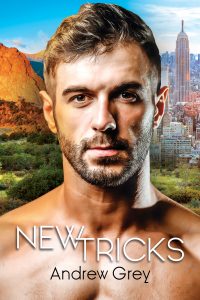 In matters of the heart, there’s no such thing as business as usual.

Thomas Stepford spent years building a very successful business and now at thirty-nine, he wants a quieter life. With his parents needing help, he decides to return home. He can’t get away from business completely and needs an assistant—but the man who is hired isn’t quite what he had in mind.

Brandon Wilson, the ink on his degree barely dry, needs a job, and his mother helps him get one as Mr. Stepford’s assistant. Thomas doesn’t seem to remember, but Brandon worked mowing the stunningly attractive older man’s lawn years ago. Thomas was Brandon’s teenage fantasy, and now he’s Brandon’s boss.

Thomas and Brandon are both determined to keep their relationship strictly business, but the old attraction is still there. They learn to work together even as the tension between them reaches the boiling point. But just as they start to surrender, Thomas’s old life in New York calls him. Even if he resists that pull, can their newfound relationship survive when Brandon receives the call of his dreams… from Hollywood?

One Response to “You Can Teach and Old Dog New Tricks”