I’m going let you all in on a little secret.  I have had over 100 release days in my career.  The exact number is hard to count, but there have been a lot.  And I still get as nervous and anxious with each one as I did with my very first release.  Each time I hope readers will like it what I wrote.  I put a lot of myself in each story and I want the reader to love it because liking my work is in a way liking me.  I know that may sound a little strange, but it’s true.  My work is a great part of who I am.  Its a personal thing for me.  Anyway. this morning I got up all tied in knots wondering if the latest Senses story was going to measure up to your expectations.  Only time will tell, but initial comments have bene very positive.

What I’d like to ask you to do, is comment here and tell me what makes you nervous.  What recurring event just sets you on edge each and every time.  We all have one. 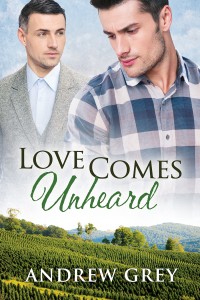 Garrett Bowman is shocked that fate has brought him to a family who can sign. He’s spent much of his life on the outside looking in, even within his biological family, and to be accepted and employed is more than he could have hoped for. With Connor, who’s included him in his family, Garrett has found a true friend, but with the distant Brit Wilson Haskins, Garrett may have found something more. In no time, Garrett gets under Wilson’s skin and finds his way into Wilson’s heart, and over shared turbulent family histories, Wilson and Garrett form a strong bond.

Wilson’s especially impressed with the way Garrett’s so helpful to Janey, Connor and Dan’s daughter, who is also deaf. When Wilson’s past shows up in the form of his brother Reggie, bringing unscrupulous people to whom Reggie owes money, life begins to unravel. These thugs don’t care how they get their money, what they have to do, or who they might hurt. Without the strength of love and the bonds of family and friends, Garrett and Wilson could pay the ultimate price.

One Response to “Release Day”